For every past decade, Samsung has released a series of Galaxy smartphones. They were good, not great. They were just the copies of iPhone and when Apple sued over them, and they lost. Samsung was fined $535 million as the patent bet to Apple.

What’s great in Samsung Galaxy S10 and S10 Plus? Well, it’s not the copy of an iPhone. It’s opposite to an iPhone and other smartphones in comparison. The thing that Samsung has earned in this past ten year is Identity. 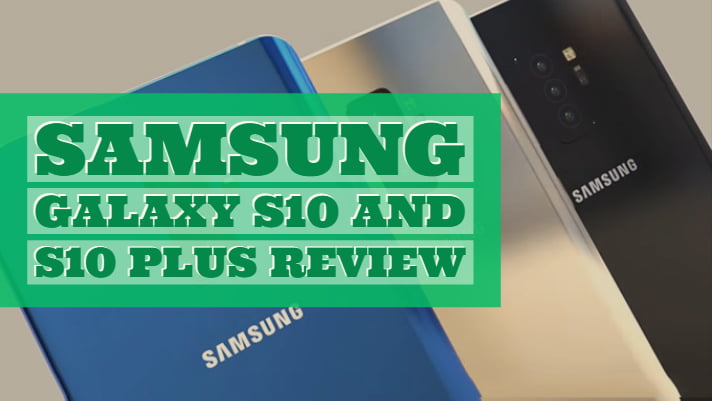 Samsung Galaxy S10 And S10 Plus: Price and Availability 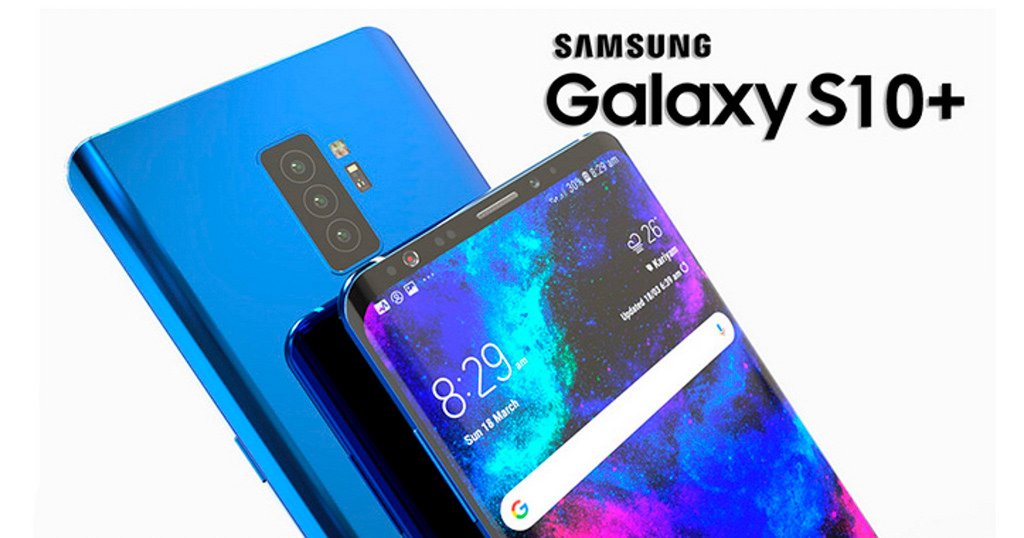 According to the current details, all three phones are available for pre-order on Feb 21 and will go on sale from March 8. Samsung Galaxy S10 Plus starts at $999 for 8GB of RAM and 128GB of storage. 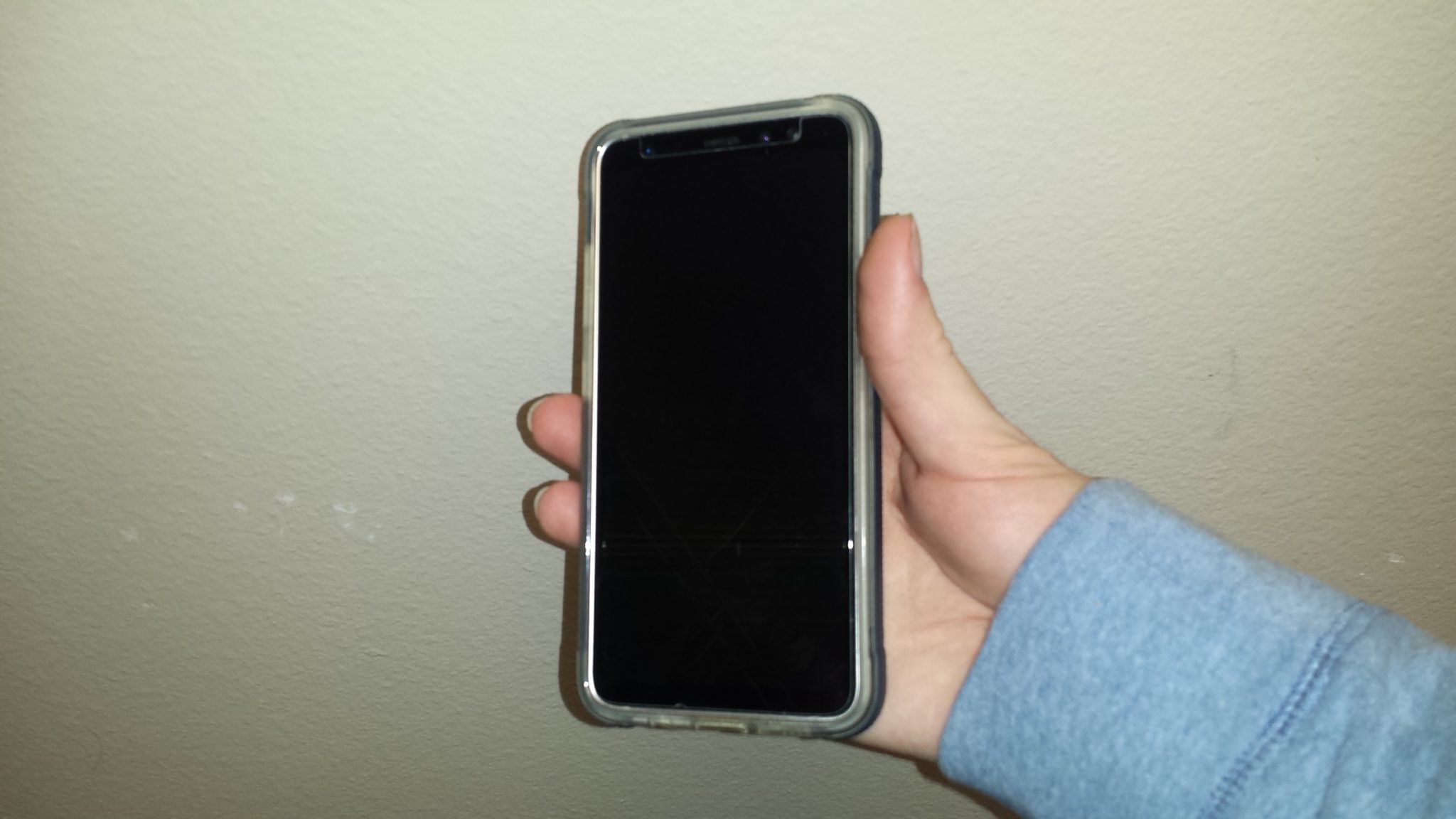 Although these phones are killing, night photographers might not be interested and will be lacking good night shots. We have found that the low light mode is awful and miserable. But, the overall feature of this smartphone is perfect.

With the bigger size, comes the most significant features, and Samsung has enrolled every great specs and feature in Samsung Galaxy S10 and S10 Plus.

The main draw for us is the 93.1% screen-to-body ratio, as Samsung has found a way to fit more pixels across a tighter body, which also means a reduction in the size of the already-slender bezels above and below the display. 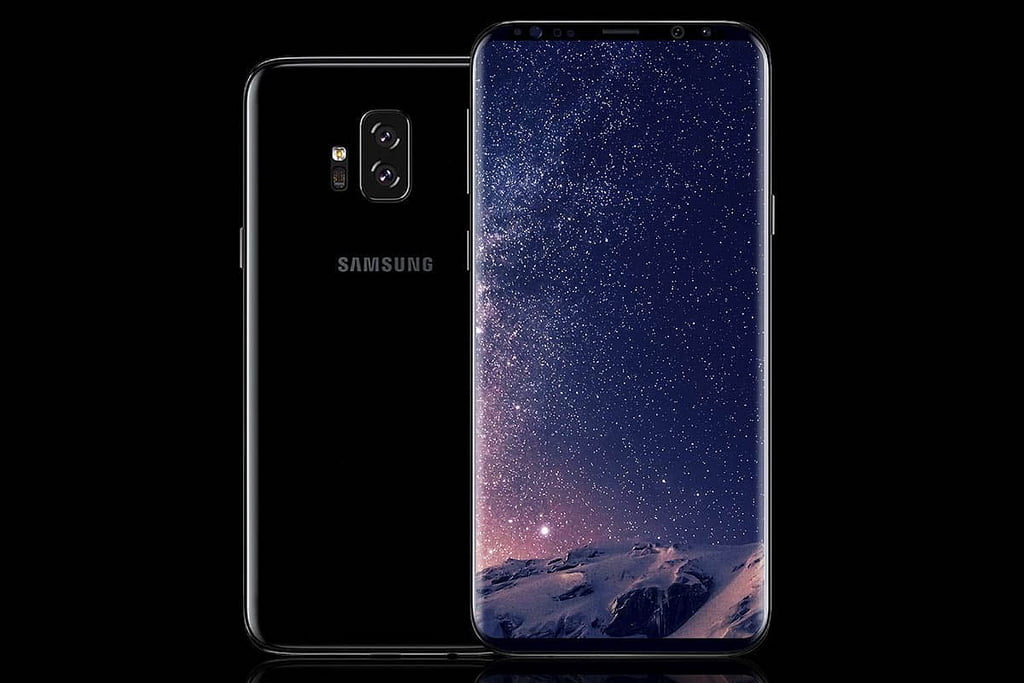 It’s a 6.4-inch OLED panel with rich, vibrant colors and excellent viewing angles. The best part is, it gets incredibly bright for use in direct sunlight and makes it possible to see with the naked eye.

The screen stretches to the top and bottom of the phone, with just the slimmest of bezels above and below it.

The Galaxy S10 Plus has an Infinity-O “notch” that’s which cuts a hole in the display to make room for two cameras. Its oval shape attracts more attention than the single lens of the Galaxy S10 and S10E, which makes it even more amazing.

In a quick look at Samsung Galaxy S10 and S10 plus, you won’t find it much different than its previous Galaxy series. However, the finishing touch and its design will differ than other Galaxy devices.

Its aluminum frame is thinner than that of the S9 Plus and also sandwiched between smooth glass. Everything on the standard S10 Plus is covered in Gorilla Glass 6, front and back, while the 512GB and 1TB versions are backed by ceramic in either white or black. 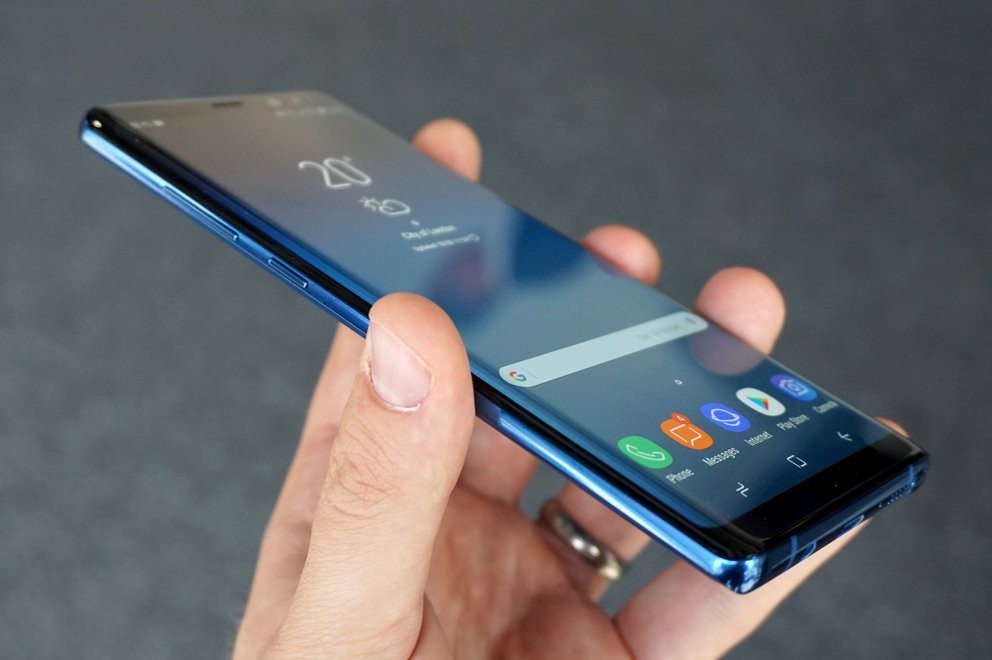 Meanwhile, the standard glass version that the one most people will likely buy comes in ‘Prism’ white, black and green. I will surely like to show off, as soon as, I get my hand on this smartphone.

What makes it even more impressive is the Invisible Fingerprint Sensor. It is a better item to show off, as it performs some invisible trick. The ultrasonic technology also means that the sensor will continue to work even your hand is wet or cold.

Isn’t that amazing? Well, not that much. Also, hear the downside, the main problem here is the speed – it tends to perform slow and not quick to recognize your print as optical readers who are located outside of your display. 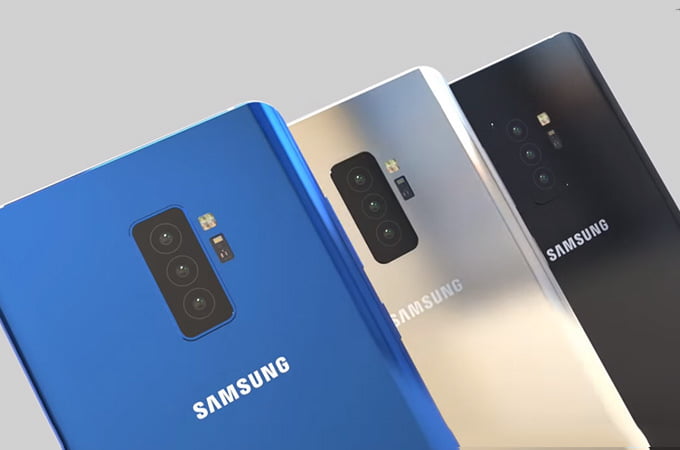 Even though the low-light photos are great but still not the best as the Google pixel low-light, we took several pictures in low-light in the night, but they were excellent, not magnificent than the images we received from Google Pixel.

Still, it will rank for the Best Camera Smartphone in 2019. And, Here’s the combo pack, Google can’t shoot full photos. Whereas Samsung’s ultra-wide lens has a 123-degree field of view, and it’s excellent for cramming more into the frame

It will be fascinating to take photos of the tall buildings, as it will cover the entire place. So, now no need to cross the road to get the full angle view. Samsung Galaxy S10 and S10 plus are all that you need.

Talking whole as a one, Samsung Galaxy S10, and S10 plus camera is similar to Samsung Galaxy Note 9. But, instead of two camera’s we have three cameras. This system gives you a level of versatility you can’t match with an iPhone or Pixel.

The Samsung Galaxy S10 and S10 Plus battery hit a new high for the firm’s S series of phones, with a 4,100mAh capacity. Similarly, battery life has been reliable enough that I don’t have to think about it or worry that I’m going to run out of charge.

According to the stats of last year, S9 Plus was above average for Android flagships, delivering all-day battery life from its 3,500mAh unit, but the S10 Plus performed better for us in our tests. 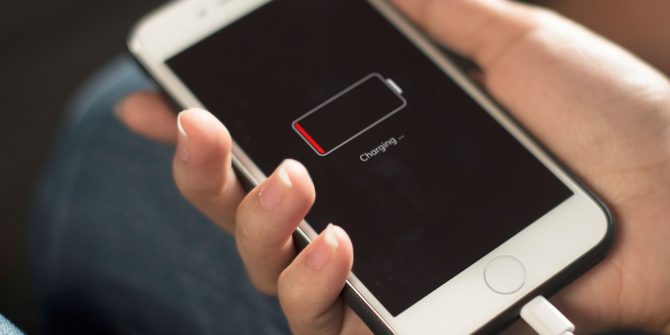 With the bigger size, comes the more significant battery life, and it won’t let you down. You’ll have enough time to charge your device before you run out of the battery life. The battery is well and meets the expectation of big smartphones.

You may start enabling some of the additional features on the Galaxy S10 Plus, and the battery will, of course, take a hit. You are firing up the handy always-on display, which shows you the time, date and notification icons when the screen is ‘off’ resulted in us having to reach for a charger by early evening.

With these all amusing features and specs, you can surely go after this smartphone. Samsung Galaxy S10 and S10 Plus are the killer phone for the year of 2019. The overall performance of the device and the battery is the perfect combo that no other device can beat this smartphone.

While taking the Samsung Galaxy S10 and S10 Plus review, we found that this Anti-device is very powerful, compared to other various smartphones. All thanks to Samsung for coming back with the blast, and new ideas and features. Samsung has never failed to disappoint its users and clients.

Since Samsung launched its wireless charger, the wireless charging option is widely used by many people. This has been an effortless way to charge your device. Many upcoming devices will be able to charge wirelessly.

Samsung Galaxy S10 VS S10 Plus: Specs And Features

Have a look at the table below and get the comparison between Samsung Galaxy S10 and S10 Plus. The stats or detailed below are based on the specs and features of the Galaxy S smartphone.

Our Verdict: Samsung Galaxy S10 and S10 Plus Review

If you have money, then we suggest this is the best phone to go after. Even though it’s costly; it is worth having with the price you will pay. You can get all the features that you need in this single smartphone.

After reviewing the Samsung Galaxy S10 and S10 Plus, we are very sure that this smartphone will surely be in the first position and best smartphone of 2019. 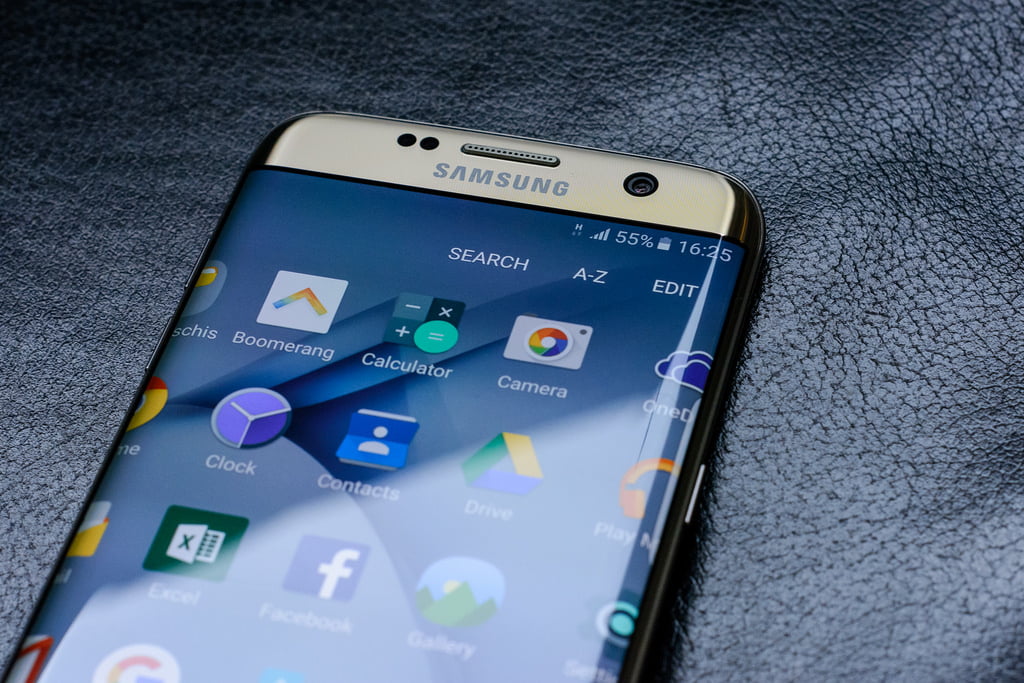 This is the combo pack, and, the overall combination of every single smartphone. Samsung also deserves some credit for how seamlessly the ultrasonic fingerprint sensor and Wireless PowerShare features work.

If you’re after the all featured smartphone, one that’s as comfortable snapping photos and recording HDR10+ video, also, for running PUBG on the highest graphics and making your Netflix subscription look fantastic, the Galaxy S10 and S10 Plus are for you.

The company is moving away from gimmicks and is instead focusing on innovations that make your life easier, which is great to see. With all the extra-ordinary features and improved design, extended life battery, camera that’s all that you need.