Home > Xiaomi and Mi: Are They Different Company?

Xiaomi and Mi: Are They Different Company? 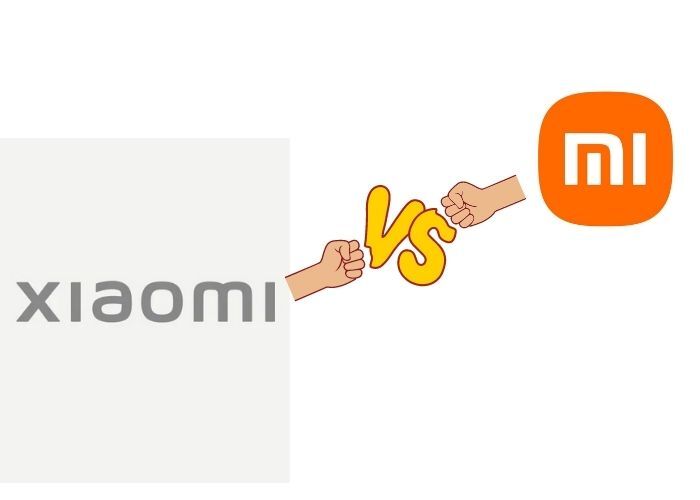 Founded in April 2010 by Lei Jun, Xiaomi is mainly known as a smartphone manufacturing company but is a Chinese multinational electronics company. However, due to the massive victory of the smartphone, it is well known as a smartphone company. Xiaomi is often known as the “Apple of China” in the initial days. If you compare Xiaomi mobile prices with others, it beats the smartphones from other manufacturers in terms of price and features. It has a huge fan because of the price, which is cheaper.

As you have landed the page to find out whether Xiaomi and Mi are the same company, we will try our best to erase your confusion.

In This Article, We'll Cover:

Initially, Xiaomi was formed to work as a software company that manufactured a new custom ROM based on Android. It aimed to provide additional functionality which was not available in Android. It also created an easy user interface as MIUI interface. The ROM became a huge success.

Later, Xiaomi started to manufacture smartphones as well, and it is now unstoppable. Xiaomi announced its first phone as Mi 1, in 2011.

Xiaomi entered India in 2014 with the smartphone Mi 3. In 2015, the company began manufacturing the assembling units as a “Made in India.” In October 2017, it became the biggest selling smartphone in India. By 2018, it was able to open 500 Mi stores and became the top smartphone seller in India, beating Samsung.

Xiaomi officially entered the Nepalese market on 23rd September 2018. As per the IDC report for Q1 2020, Xiaomi is the number one smartphone brand in Nepal, with a market share of 30.9%. On June 11, 2020, a Mi-branded laptop was also launched in India by manufacturer Xiaomi for the Indian public to buy the laptop.

Xiaomi is now the world’s fourth-largest smartphone brand, shipping the smartphone in more than eighty countries.

What is the Difference Between Xiaomi and Mi?

After some research about Xiaomi and its sub-brands, we have some information to share with you. Mostly, people are often confused with Xiaomi and Mi. And few of them also mispronounce Xiaomi. The correct pronunciation of Xiaomi is shao-mi, not zhow-mi.

First of all, Xiaomi is the company, and Mi is the Series of smartphones under Xiaomi.

Due to the difficulty in pronouncing and other reasons, Xiaomi chose to have a domain name as mi.com.  Mi stands for ‘Mobile internet’ or “Mission Impossible” as the company had to go through many obstacles that seemed impossible to tackle before emerging as a tech giant. Mi comes from the last two letters of Xiaomi.

Xiaomi has also split its business with sub-brands like Mi and Redmi. It releases various smartphones in the name of their Series. For example, Xiaomi Mi 11 Ultra. Under the Mi, the brand offers premium smartphones that feature high specifications with advanced camera setup and names it Mi Series. Although Mi Series has premium devices, they are still affordable.

On the other hand, the Redmi Series has a budget-friendly smartphone. And under the Redmi Note Series, the company offers a big-screen smartphone. All the smartphone from the Xiaomi has a logo or branding of Mi.

As we all know, smartphone brands have their target customer; Xiaomi targets middle-class customers through the Redmi smartphone. Similarly, the brand targets those customers who can spend more money on the smartphone via Mi smartphone. However, their flagship smartphones are also reasonably priced.

Impact of Xiaomi on Smartphone User

Xiaomi offers smartphones at a cheaper rate with qualitative specifications. Even after spending less money, you get high specifications on camera quality, display, processor, and battery.

Xiaomi believes the technology should not be for the privileged only, but all. They have promised to keep their profit under 5 percent only to make the technology affordable to everyone. This led to a huge acceptance of the smartphone by consumers as other smartphone companies focus more on profit.

Manufacturing premium smartphones and selling them at a price lower than what other brands offer is the key point for the success of Xiaomi. Xiaomi has broken the myth – Low price means low quality. The company also does not rely on an advertisement; they promote the products through social media. This strategy has saved a lot of money Xiaomi.

Xiaomi launched Mi 1 and Mi 2 in August 2011 and 2012, respectively. In 2015, it decided to expand its business in India. As the smartphones from the brand were budget-friendly, it took no time for the company to gather a good amount of consumers. Since then, Xiaomi has expanded to many different countries, including Nepal.

According to the report of Canalys, Xiaomi ranked 4th globally to ship smartphones in the second quarter of 2020.

To conclude, Mi is one of the company’s sub-brands – Xiaomi, under which Xiaomi releases Mi Series smartphone. And Xiaomi uses mi as its logo.