Home > How To > What is Marianas Web and How To Access It? 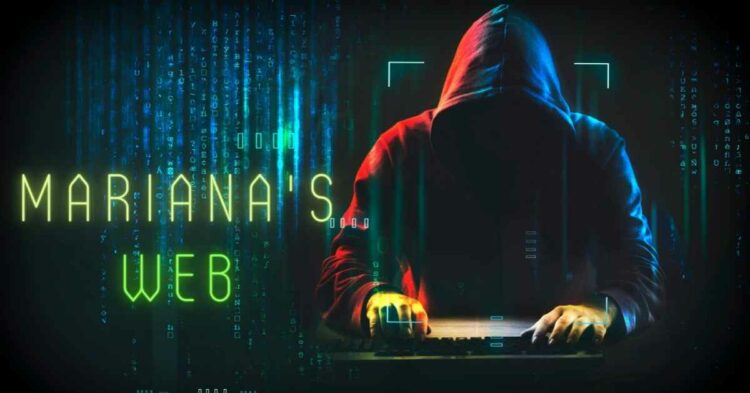 Mariana’s web is still unknown to many people, although if you’re familiar with the Deep Web, you might’ve heard of it.

There are multiple layers of the dark web, and as each layer gets darker and more mysterious, it sounds a lot like a fictional depiction of hell from the 14th century.

There might still be many questions in your mind, but don’t be concerned. We are here to provide you with all the information you need about Mariana’s web and if you can access it.

In This Article, We'll Cover:

What is Marianas Web?

This part of the Internet is said to contain information about powerful agencies. Additionally, It also contains one of the most disturbing websites. Meanwhile, Others claim that Mariana’s web hosts secret data of government agencies.

It is deeper than the dark web, where illicit trades and other questionable exchanges occur. It’s said to house an incredibly powerful AI that controls the entire Internet. Unlike the dark web, where special browsers are needed, the theory claims only quantum computers can access Mariana’s web. Whether Mariana’s theories are true is unknown, but the digital enigma may have some truth behind it.

The Mariana’s Web almost seems like a myth but rumors suggest that it’s real. One cannot completely deny the rumors, however, no one has truly witnessed it either. Nobody really knows about this darkest part of the internet, so it remains a mystery and a scary place on the internet.

Mariana’s web is said to be impenetrable because of two factors: the first is that anyone attempting to access it must be familiar with Polymeric Falcighol Derivation, a lengthy algorithm required to access the network.

Additionally, the only way to calculate the algorithm is by using a quantum computer that functions correctly. There was no official quantum computer at the time when Mariana’s web was first envisioned, and quantum computing was still in its infancy. Yet, the lack of availability is part of its allure. It’s said that only the most powerful governments in the world have quantum computers, and therefore only they have access to Mariana’s web.

To conclude, The idea of Mariana’s web is possible, but the technology required is unavailable right now.

Also Read: Apple Made Its Phones Impossible For Police to Hack

What are the Rumors Behind Mariana’s Web?

Here are some of the known rumors of Mariana’s web:

1. It Is Run By A Powerful AI That Has Gained Sentience

It’s also said to contain databases from government agencies around the world and the most advanced artificial intelligence system in existence, which may even control and monitor the Internet itself.

It is believed Mariana’s web contains a copy of the Vatican Secret Archives, documents that the Vatican has collected over the years but are not meant for the public.

3. The intent was to divert attention away from takedowns of dark web black markets

Mariana’s web might have been fabricated intentionally, according to one theory. Experts in cyber security investigated Mariana’s web and discovered that it was meant to be a distraction.

It was discovered that the engineers of the disinformation campaign were hackers blackmailed into spreading rumors by the FBI about a supposed extra layer of the web by outed hackers. In essence, they created Mariana’s web to distract people from the takedown of black markets via the Tor network

4. Mariana’s Web is said to be comprised of closed-shell systems

The concept of closed-shell systems is one of the most prominent theories about Mariana’s web. The majority of cyber security professionals mock dark fantasy networks as completely unreal, but they recognize their value in how they operate.

In theory, Mariana’s web would offer incredible privacy, security, and network control. According to the argument, this kind of social network, which is semi-public by design and accessible by invitation only, would provide the greatest level of security on the Internet. Since every member is vetted, and since it’s completely private, intrusions and attacks are virtually impossible.

The Mariana’s Web can be accessed with the assistance of a quantum computer network with a software architecture that stores and processes information using artificially modified photons.

Nonetheless, as we stated before, Mariana’s Web sounds interesting, but we lack the technology to make it happen. However, until then, sip your tea and wait until we meet the requirements to access Mariana’s website.

Mariana’s web is the strange, perplexing secret of the web. There is no proven proof of its existence, so your belief will depend on which rumors you believe. As of now, no one has visited the website.

The stage is accessible to everyone, and the websites are offered for viewing and use for free.

In order to access all levels after this one, you need a proxy server, the Tor-The Onion Router, or to modify your hardware.

At Level 2, you will find some “underground” sites still indexed, such as 4chan, an imageboard where users can post anonymously.

It is impossible to access this Level’s first part without a proxy server. The Level contains the CP, core, and hacking websites. This is where the Deep Web begins. The Deep web is the entire Internet that regular search engines cannot, 96% of the web.

This Level is accessible only through Tor- the Onion Router — a browser that bounces your connection back and forth (like a bouncer ball) between relays in the Tor network.

There are also two parts to this Level. The first is accessible via Tor and is the most popular part of the deep web.

The Hidden Wiki links are also located there, which is the first website you see when accessing the deep web. In essence, this is the same as the deep web, which provides links to other deep web pages or sites.

It is one Internet it is one of the most dangerous levels known so far. The name of this 5th Level is taken from the deepest hole in the world, Mariana Trench.

Mariana’s Trench is believed to hold the government’s secrets, abuse, murder, physic things, pornography (very illegal), etc. A person with a light heart can be shocked or even have a heart attack after viewing Mariana’s web.

This is a level that exists only to be one. People start coming to kill you when it gets to this point, i.e., seeking the attention they don’t want.

In some parts of the world, things can only be dealt with by people themselves, such as drug lords and human traffickers, so once they discover you are aware of what they do, you are in grave danger. It sounds absurd, but it is true.

Those who have reached this Level are either trying to reach 8th Level or stop others from reaching it. In essence, they do whatever it takes not to allow others to reach Level 7.

The Primarch System is the thing controlling the Internet at the time. No one even knows what it is. Super deep web scans discovered it in the early 2000s as an anomaly at the heart of the deep web.

The Internet has millions of web pages, databases, and servers running all day and night. But the visible Internet (also known as the open Web or surface web) is really only the tip of the iceberg.

You should know how the non-visible Web differs from the visible Web if you plan to explore it. On the other hand, the Non-visible we are referring to is the darkest and deepest part of the Internet.

The dark web consists of websites that are not indexed and only accessible through specialized web browsers. Dark webs are a subset of deep webs due to their size, significantly smaller than surface webs. By analogy, the dark web is like the bottom tip of an iceberg submerged in the ocean.

On the other hand, the dark web is a very concealed portion of the deep web that few will ever see or even interact with. Thus, the deep web refers to everything that exists beneath the surface and is still accessible with the right software, including the dark web.

Mariana’s Web is located on level 5, the deepest section of the dark web, and is believed to contain the majority of the world’s secrets and gruesome contents. It is the most dangerous level of the Internet so far. This 5th Level is named after the Mariana Trench, the deepest hole in the world.

How To Backup and Restore Android Phones